Did you hear about Florida based jewellery designer Michael Saiger who made £21 million in 97 days during the coronavirus pandemic without actually making anything?

We have all heard and seen of people like Michael Saiger who make large chunks of money from doing what appears to be very little work, but very few people understand how it happens.

Sometimes it requires nothing more than the use of a pen and signing a few papers.

Being Paid A Lot For Potential Results

At least with a footballer who gets paid thousands per week, we know that it is about winning cups and trophies and ultimately growing the fanbase and getting people to buy gate tickets and merchandise. Plus landing big sponsorship deals too. They are paid for potential results gained from their abilities both personal and as part of a team.

With movie stars we know that it is all about the ‘bums on the seats’ phenomena. If a movie company pays top dollar to the biggest film star of the day, the hope is that their fans will rush to the cinema to see the film giving the film huge box office takings. As well as DVD sales (that’s so 2010) and streaming rental income.

We know that there is a lot of exhaustive work being a professional footballer and film star. They can work ridiculous hours and often in severe conditions but we understand why they are paid well.

But then there are others who earn huge amounts of money and drive expensive flash cars yet we struggle to see that it is that they actually do.

Well in this article we are going to go deep into what it is that a lot of these people do and how they make their money.

It’s All About Positioning

People who make a lot of money without doing a lot of physical graft are often middleman businesses. They position themselves between two sets of people who need something from each other.

Estate agents are a great example of a middleman business. They sit snuggly between a buyer and a seller. They do not buy any stock and they do not  manufacture a product.

The service they provide is basically putting two people together. Traditional estate agents would take a commission out of the sale price. The more expensive the property, the more the estate agent would earn.

Things are changing slightly as many of the lower end estate agents fighting for business are now offering one price sales packages. These people are banking on getting quick sales.

These fast turnarounds will build up a reputation leading to more people choosing them over other companies giving them higher volume of business. They are banking on processing more packages.

But that is at the low end of the market. At the higher end of the market, estate agents are still working on earning a commission based on a percentage of the sales price. And when you are selling property valued in the millions, the commission you earn is going to be quite substantial.

You do not need to sell many multi-million pound properties to generate a lot of money from a 5 percent commission fee.

In a recent TV show which followed real estate agents in Hollywood and Beverley Hills, one agent was asked why he did what he did, his answer was that he can make a fantastic income selling just one or two properties a year. He was selling property to the mega wealthy.

Multi-millionaires and billionaires would contact him to go and find them a new property and when a sale was agreed, he would walk away with a commission worth tens of thousands. One sale would net him more than what most people would earn in a couple of years.

He chose to be part of that business because of the amount he could earn compared to the amount of… and type of work which was required.

Even though the mega rich can be quite demanding, the work was less stressful and more enjoyable than trying to sell a whole book full of cheaper properties.

It is the same with sports agents. How many times have you read about football agents earning tens of thousands of pounds when a premiership footballer signs a new contract.

I am not going to say that agents don’t do anything other than make a few phone calls, but they are not lifting and carrying heavy materials in a noisy factory yet they can earn more from one deal than what most people earn from a full year’s graft… maybe two.

In many ways, these people get paid incredibly well for making phone calls, arranging meetings and deals, and putting pen to paper. The amount of money varies and is determined by the position of the two parties they put themselves between.

Put yourself between a person selling a multi-million pound property and a billionaire and your commission will be greater than any yearly wage.

You can put yourself between all kinds of people and businesses. Brokering trade and business deals is another incredibly lucrative middleman business to be involved in.

I know what you are thinking. Why don’t the mega wealthy simply sell their own homes and yachts?

Successful and incredibly wealthy people don’t have the time. They carefully choose how they utilise their time and they protect their spare time the same way a mother projects her child.

For many wealthy and successful people, giving mundane jobs to other people and paying them to do what is required, allows them to focus on more important stuff like their business and making money.

That is how they became so wealthy in the first place. They believe that you should do what you are good at, and let others do what they are good at.

If you are good at building a business but crap at selling property, why would you even try when there is someone else who is happy to do it for you?

Doing something yourself which you are not good at, which takes you away from what you can do and are good at, can actually cost you a lot of money in the long run.

And this is how brokers and agents became central to deals and trades. They sit between two busy parties who have better things to get on with.

So back to Michael Saiger, what is it that he did to earn £21 million in 97 days? Michael set up a company to supply PPE and landed a contract with the UK government worth £21million to supply the NHS.

He doesn’t make the PPE himself, he simply sourced it from another manufacturer, placed the order for the amount the UK government placed with him and arranged for this other company to make and deliver the PPE while he pocketed a cool £21 million from the deal.

He is the ultimate middleman.

And there is no reason you cannot be a middleman… or woman either. If you would like to learn more, click the link below. 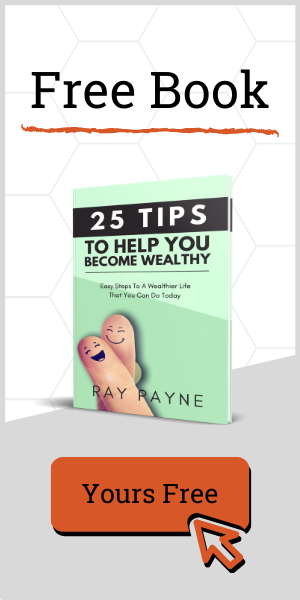